Calculating the aperture angle of a line laser

In many imaging applications, line lasers or lasers with different projection patterns are used in order to project them onto the object field and evaluate them in the camera image. Depending on the aperture angle and working distance of the laser, the laser line and other patterns are smaller or larger.

The required aperture angle of the laser beam source can also be calculated by means of the working distance specification and the achieved line length of the light pattern:

Caution: Calculated opening angles of less than 0.1 and greater than 178 degrees are declared to be invalid. Further explanations on laser triangulation can be found in chapter "Lasers as illumination". 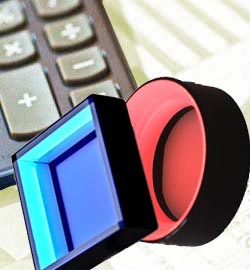