Both errors can primarily be corrected by sophisticatedly combining several lenses and using aspheric lenses. The technical effort required for the correction is also reflected by the lens prices.

If a collimated ray ("parallel" light) incides on a lens not in parallel but at an angle to the optical axis, the ray will pass through the optic system in an unsymmetrical way due to different surface curvatures. In case of this imaging error, the rays are not bundled again in one image point. The focal points are therefore also not on the optical axis, but shifted towards the margin. In the image this error is visible as a drop-shaped, tail-like unilateral distortion of an image spot. The tail is always outwards in radial direction. Coma is caused by spherical aberration.


The user has the possibility to suppress this error by stopping down. The resulting artificial vignetting avoids rays inciding unsymmetrically on the lens close to the edge. Good lenses can avoid this error by means of a clever lens design.

If a diverging ray of light incides vertically on the lens surface and thus passes unsymmetrically to the optical axis, astigmatism occurs on spherical lens surfaces.

For easier examination, the inherently cone-shaped beam can be divided into two planes perpendicular to each other. (Both are approximately oriented towards the main beam which passes through the centre of the aperture, the meridional beam extends towards the optical axis, the sagittal beam is at right angles to it.)


The reasons for astigmatism in case of oblique rays of light are the different local curvature radii of the latitudinal circles compared to the larger constant curvature radius of the meridional plane on the lens surface. The results are two different focal points and focal lengths for the different (meridional and sagittal) partial optical paths.


The image spot is no longer a dot, but reproduced in the form of two lines. It no longer seems to be sharp, but dotless. The camera image is not sharply focused for the viewer. This error can be suppressed by means of special lens types. 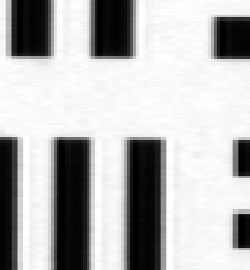